The 345-foot long freighter Benwood was built in 1910. Early on the morning of April 10, 1942, the blacked-out Benwood collided with the tanker Robert C. Tuttle. Taking on water, the captain of the Benwood ran his ship aground in an attempt to salvage the ship. Unfortunately, she was deemed a total loss the following day.

The remains of the Benwood are scattered over a wide area in 55 feet of water. The bow of the ship is the most intact feature, rising almost 20 feet off the bottom. The stern, which lies in shallower water, is much more deteriorated than the deeper forward section. Scattered hull plates found in the sand around the perimeter of the wreck usually accommodate numerous spiny lobsters, and are a good spot to check early in the season. In the generally calm summer conditions, the Benwood is a splendid dive. 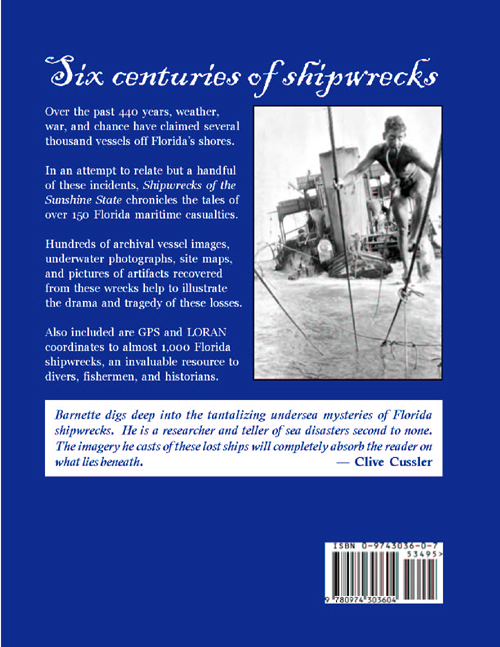